Pc Engine handhelds, and a PI-AD18

Last week I received some junk pc engine stuff from Japan. One of the things I got was a PI-AD18, which is a connector adapter between a the handheld Pc Engine LT and the Super CD-ROM unit. 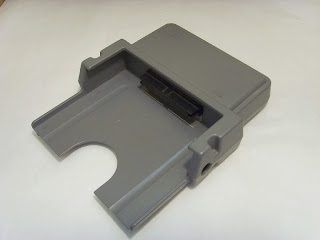 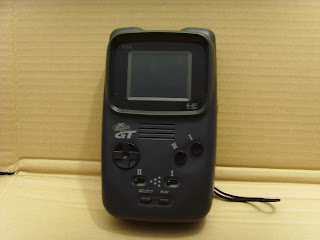 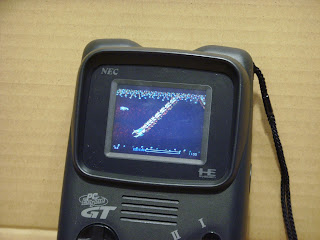 Usually the GT will need some restauration, similar to the Game Gear. I once bought a non working GT, had it fixed, and sold it together with a power supply.

Playing R-Type I am. Considering the time and effort, and risk involved, I don't think it was worth it for me to buy it.

The screen is a bit muddy, but the GT is alright if you just want to play and are not too picky. It has a color display and pretty impressive sound for such a small thing.

It really consumes batteries, so you probably want a power supply if you don't want to buy a pack of batteries every day.


The Pc Engine LT is a different business. This console can cost from 1000$ and up on eBay, and they are not cheaper Japan. I had to borrow a picture from http://beyond3d.com/showthread.php?p=1691665. 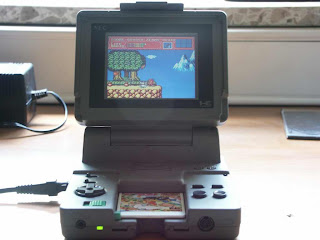 I think LT stands for Lap Top and it has a high resolution LCD screen.  I don't think it can be used on batteries though, you have to keep it plugged in.

So in my Pc Engine junk bin I found the connector thing. I didn't know what it was when I bought it because it looks almost like a Ten No Koe 2 (I will explain what that is some other time).

The PI-AD18 allows you to connect your LT with a Super CD-ROM unit. As i don't think anyone will buy it in Sweden in the next year or two, I went onto the pcenginefx.com forum and put up an ad for 80$. I quickly had three people telling me they wanted it.

It makes me wonder if I should have put up an auction instead. I found that one sold on eBay in 2005 for 50$, so 80$ seemed reasonable either way. The buyer is from Germany. He told me he already has mostly everything Pc Engine related.

My junk bin also contained a Super CD-ROM unit, a Duo, a CD-ROM2 with IFU, and a TV Tuner for the GT. There's a lot of gadgets in the Pc Engine world.
Upplagd av FredJ kl. 13:47